So, what do you think happened? 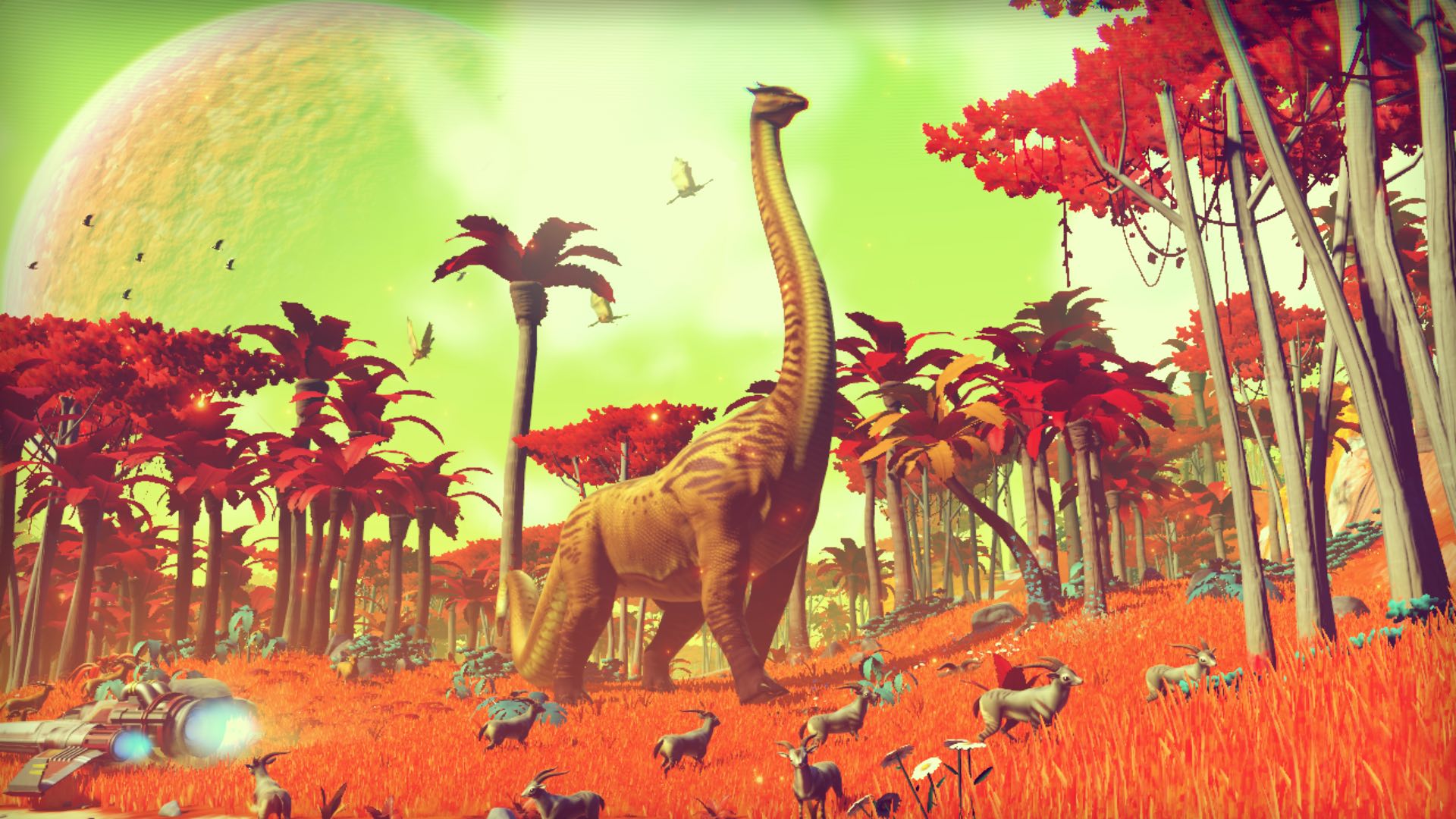 Media has been all over the game since footage was first shown at E3 2014 and with good reason. The game’s idea and visual style were something to look forward to. As a gamer I too have waited a long time for the game to finally show. Hours of footage and interviews promised so many good things, so many fresh ideas, so many awesome worlds, wildlife to discover, intelligent species and a large trade market spread across all the galaxies. How cool is that! Billions of planets, with exciting species, clans, worlds, space fights, space quests, discoverers filling the galaxies and multiplayer experience. Sounds like a child’s dream come true and looks amazing presented by an indie developer. Who doesn’t trust the little ones, eh?

Now we’re past publishment and boy were we wrong about them. Or were we?

First, the bad. They lied, they lied many times, in nearly every interview, they hinted to and verified features that simply aren’t there. Remember the multiplayer? Not in there. Remember the space battles? Not there. Remember the wide variety of interesting creatures? Well, it’s in there, but only if you are willing to close your eyes when exploring half the planets you find. Also, and this might actually be the worst of all the lies: the ending. I won’t actually mention it, but feel free to check the YouTubeson that. It’s just when you play a game for hours, days or weeks, you expect to deserve a decent ending. No Man’s Sky does not deliver here either.

I’m not here to bash on No Man’s Sky entirely, because it still has a pretty good base. The game’s style is great, the idea is okay and it still might give you hours of fun. It’s a discovery game with some trading features and little ‘real’ interaction with others. It’s just not what it was said to be and a lot of people got upset about it.

Now for the good. There is some good about the game as well. I’m sure some of you will enjoy the game and spend a lot of time into the exploring part of the game and I am happy for you. It still looks like it could be fun, but it’s very limited and many won’t be amused. 18 quintillion planets sounds like a large number, so go out and have fun!

The internet has many reactions and many very loud voices and with good reason, because without any real form of response of the developers to this matter, it begs the question: what happened? Why was so much left out? Why did they publish lies about what would be in the game? Are they going to come out with a massive update to fix everything? Do you think they will continue to update until the promised goods are in? Were they in it for the money? Until we hear from Hello Games, we won’t know for sure and can only guess and that’s not what you want the internet to do.

The fact remains many feel betrayed and lied to. And the UK Advertising Authority is currently investigating into whether or not Hello Games has misled their customers with pre-release marketing and promotional material.